As an independent charity, Citizens Advice Bournemouth Christchurch & Poole is governed by a Board of Trustees.

The primary role of the Trustee Board is to ensure Governance of the Citizens Advice Bournemouth Christchurch & Poole activities.

The Trustee Board operates in much the same way as any company board of directors, but has no shareholders to be responsible to, instead its responsibilities are covered by Charity Commission rules and Legal requirements.

Ensuring compliance – Trustees must ensure that their charity complies with:

Duty of prudence – Trustees must:

Duty of care – Trustees must:

Matthew is a practising law solicitor, originally qualified as a barrister in 1999. He initially worked in criminal law but switched to family law when he moved to Bournemouth in 2000. During his time at Gales Solicitors he has dealt with a wide range of family problems including domestic violence and care cases. He became involved with Citizens Advice 11 years ago as a trustee.

Tony joined the board of Citizens Advice BCP in 2010 and held the post of chair for two years. Most of his adult life has been spent in training which includes management development, change management, organisational structure, director development and independent consultancy.

Ted joined Citizens Advice when he became involved with Youth work. He was trained by the YMCA in London in 1963, and since then has worked as a Youth Worker and Detached Youth Worker. In 1996 Ted was elected as a local ward councillor and held the position for 15 years. In 2005 he held the position of Mayor of Bournemouth for one year.

Jane is a member of the Chartered Trading Standards Institute. In 1997 she went to work for the unitary council at the Borough of Poole and became a Principal Officer, taking on a wide role across all regulatory functions for Trading Standards as well as Environmental Health and Licensing. Through a liaison role on consumer protection, she became a trustee for Citizens Advice BCP.

Marianne’s career centres around Public Service both on a local and a national level. She has worked with leaders in local government, health, police, fire and the civil services in order to support large development programmes aimed at improvement of the services. For over ten years she has been Area Chair of Cruse Bereavement Bournemouth, Christchurch, Poole and the New Forest. 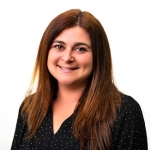 Lucy Cooper was born and bred in Poole and is currently working for CityFibre to bring full fibre broadband to Bournemouth. Previously Lucy was President of the Chamber of Commerce in Poole and also ran the Government Business support in Dorset for 4 years, securing an additional £13.4m ERDF funding to support start-ups and business growth.

Lucy has worked in the private, public and third sector and is a Board member/Director of Silicon South, the Dorset based NPO for the Creative and Digital sector. She is also involved in the family business, a well-established Wealth Management company based in Poole. Passionate about business, her local community and the sea, Lucy enjoys walking her dog and getting out on the water whenever the weather allows.

David grew up in Christchurch becoming a qualified management accountant who held several financial director roles in manufacturing companies. In years prior to retirement, he worked for PWC in Business Recovery Services specialising in Working Capital Management. As a retirement hobby, he purchased and ran a small hardware shop in Upton, which his son is now running. More recently he held Non Exec roles with Magna Housing Association, Healthcare Dorset and then in early 2019 joined CAB BCP.