Celebrating the lives and contributions of these icons. Three of them used to live in Bournemouth. 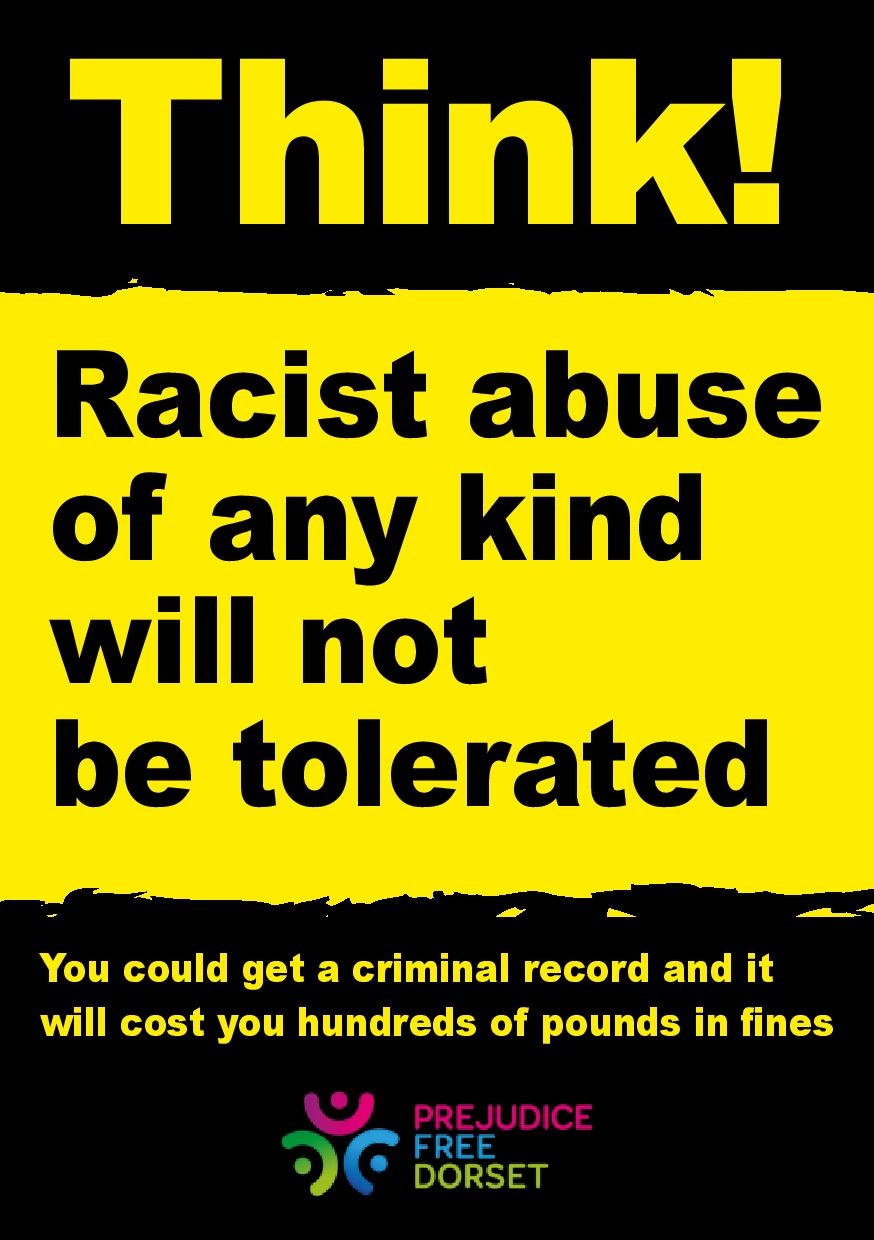 Video on how the Police, the CPS and organisations like us can support victims of hate crime and prejudice.

Last month, the Hate Crime Project began its work again after being halted during lockdown. July was a busy month as the goal of raising awareness of Hate Crime, Prejudice and the support available to them amongst Bournemouth night-time economy workers began again.

In the last month lots of progress has been made as posters explaining how to report incidents have been put up in business establishments. An  online reporting link has been shared with over 350 taxi drivers, and a WhatsApp group has been set up to communicate with BAME security staff around support against prejudice whilst at work.

In the next month, a short film about hate crime and local support systems will be launched. The short film, the ‘Journey of a Hate Crime’ details how one can get help and how the system will work on the victim’s behalf.

We are also currently developing an online training program aimed at ethnic business owners around how to support themselves and their staff, in the event of a hate incident. This will not only equipped night-time economy workers with the knowledge of how to handle hate crimes, but also importantly make them aware there are support systems in place for them so they feel more connected to the community.

We are also relaunching our podcast for people to share their stories and experiences about prejudice.

All these projects embrace digital technology, which has shown itself to be of even more importance during the last few months, giving us more of a reach  into communities who are not immediately accessible face to face. They will be able to digest bite-size pieces of information in their own time – and continue referring back in the event they might need this information.

Citizens Advice Bournemouth Christchurch and Poole (BCP) have been funded by the Dorset Police Crime Commissioners Office to work with Night Time Economy – Black, Asian, and minority ethnic (BAME) staff to raise awareness around hate crime and how they can get support from services.

Recent statistics have shown that takeaway workers, taxi drivers, security and off-licence staff from BAME backgrounds suffer more from hate crime. It is estimated that the UK economy is losing £2.6bn due to ethnic minority discrimination and Black, Asian and minority ethnic people are twice as likely to be unemployed than white British adults.

The current political and social climate has meant that there has been a surge in the number of hate crime reports. There has been a greater willingness to report, however there is still much more needed to be done to tackle hate crime. This is more relevant than ever, as the country edges closer to ‘Brexit’.

Citizens Advice BCP wants to carry on the successful start they have made in raising awareness in schools, offering one to one support, developing community champions and providing frontline staff training on effective reporting. By reaching out to the night time economy and offering advice and guidance on resilience and about who can support them further.

Ebi Sosseh, Project Coordinator says “The night time economy workers often work in challenging circumstances, where their personal safety can be compromised by prejudice, abusive language and hate, just based on their race. The support offered will be timely to know that we are here for them.”